Home » Your topic? Your Triscuit! 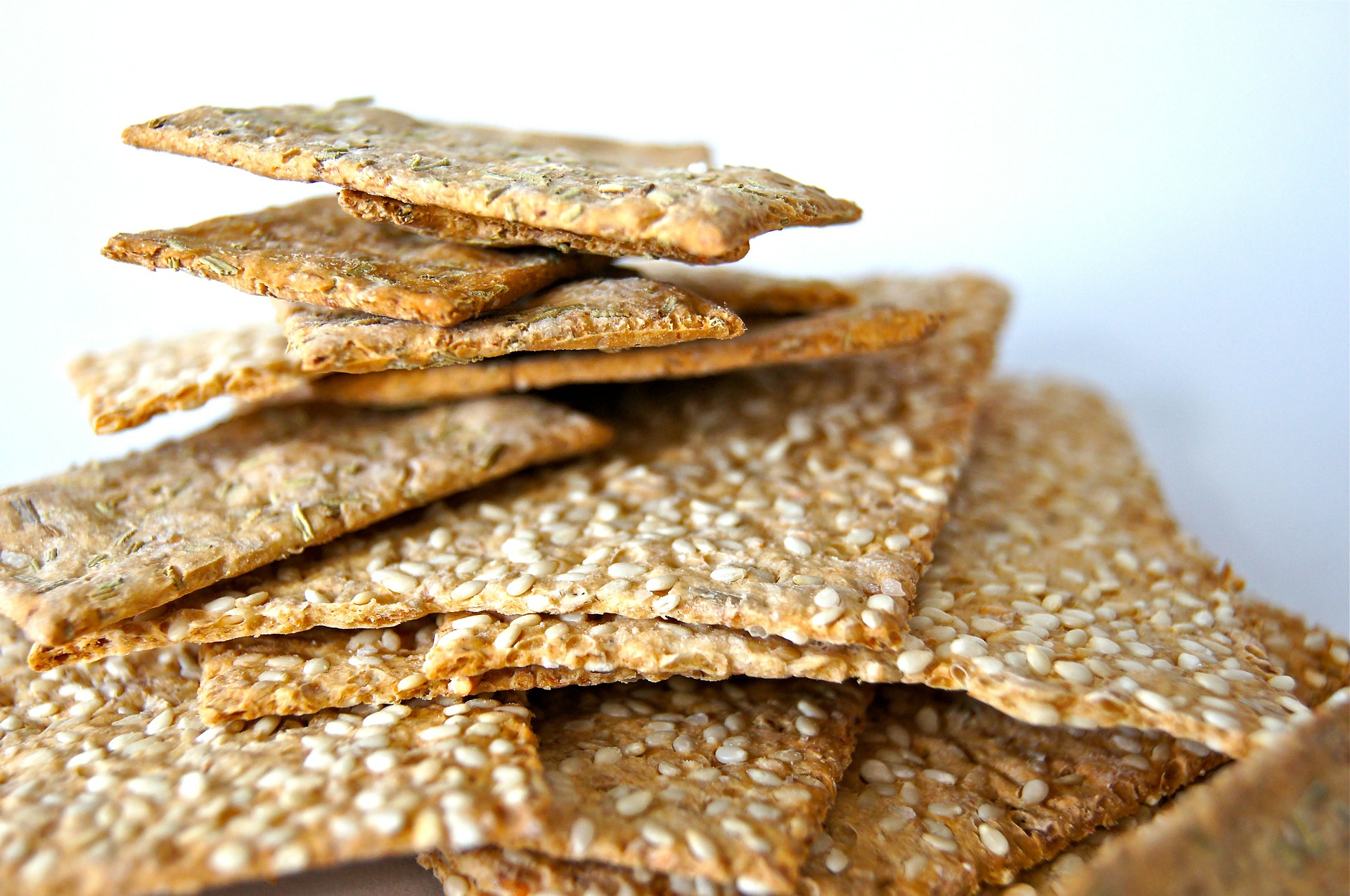 Many young writers panic because you can’t “find an essay topic” before the obnoxious January college essay deadlines.

I can feel the fireworks in your belly and your rational brain turned to champagne. But the writer has allies in all kinds of places.  The humble greasy Triscuit will be your guide in the story I share below.

It starts with reading…someone else’s topic

First, reading good writing almost always shakes me out of the topic draught. It will do the same for you, wherever you get your fix.

Triscuits don’t come running when your mind is tight. A good topic often only comes when you aren’t groping madly for something to say.

At 5AM this morning, trying not to drop my phone on my sleeping baby in the dark, I read a former Essay Intensive student’s engrossing personal essay draft, saturated with childhood memories.

If you like knowing pedigree– She went first to Columbia University, then to Pomona, and now left school again to flex her writing muscles in the free world. Reading her talented, bad-ass work always makes me have that itch to write.

She wrote certain flash scenes from her childhood with deft attention to image– a blanket on her mother’s shoulders, a tune they always played in the car, a certain food they shared after arguments passed. And her images gave my mind a shove hard into my own.  What childhood images had stuck for me? Which might have messages for me, decades later?

And suddenly the dark Triscuit stood there, insulted it had taken me that long.

Before I was afraid of cheese, I loved Triscuit crackers with melted cheddar.  The cheddar was sharp.  The Triscuit was oily and crunchy, the household cabinet equivalent of movie popcorn.  They looked hardy, whole-grain-ish– to a fool.

Triscuit crackers arrived in their glowing yellow box on the snack scene before the Gluten Villain scared all orthorexic people from the grocery store’s cracker aisle. And my mom, who was devoted to feeding my sister and me healthy foods, somehow let those slip under her Crap radar.

We ate this rather midwestern snack at around three or four, most summer afternoons, after we’d exhausted ourselves with activities and sunshine.

The smell of someone melting cheese still makes me think of childhood.  Long before I used caffeine at 3PM as a spirit-booster, that crucial snack plate got me through the crossroads of mid-afternoon, a time during which life now often feels pointless.

My sister and I would chew slowly, not because we were mindful but in order to be the last one still eating and thereby incite the other’s jealousy.  We would try to gross each other out with the power of suggestion, challenge our senses by saying names of unrelated foods while the other person was chewing: “Marshmallow; chicken; boogers.”

We lazed over those crackers.  We had an untroubled childhood.  Whatever anxieties there were that beset children–existential fear of death, ambient worry that something will happen to a parent, the pervading sense that things are unfair– we had our share.  But truth was that our lives were privileged.  Our biggest concern was who would finish their snack first and have to watch the other still enjoying hers.  We were not actually suffering.

That said, my earliest memory was of acute suffering–in the Buddhist sense. Not physical, but spiritual.  I had a clear conviction that I was an intermediary between my mother’s life and some magnetic force that intended to pull her out of my range.

And then the mundane irritation that she would only give us so many Triscuits, and so much cheese, and then we had to wait for dinner, could not box out this other thing.

Why am I telling you this? It’s not really a story.  There is no climax.  Nobody dies and little is learned.  But the point is, as writers, the worst thing we can do is to NOT go there and check.

Here was the golden Triscuit in all its advertised perfection.  Its oily crunch.  The way it allowed me to assert my dominance over my sister and slide a few of the crackers that were rightfully hers onto my plate.   The fear of losing my mother that was like a yellow highlighter run over the relative normalcy of my younger years.

I got to this topic so indirectly, from reading a student’s work– and in the end, it will turn into an essay on my attachment to my mother and what I’ve learned from it.

And you can do this too.  If you are stuck what to say about yourself in an essay, especially a required essay, you can pick a single childhood food and run with it.

Be sure to describe its function, not just the fact of it.

What the mind does best is associate.  It’s a survival skill that writers use to their advantage (and, like it or not, if you’ve got an essay to write, you’re a writer).

So jump in there and start, don’t make excuses about not having a topic, or think you can’t say a word until you’ve got a grand idea.

You may end up losing the Triscuit in the final draft– that’s fine, they’re impermanent anyway. What you’ll find is a bit of yourself you might not have known was there otherwise.

And that is what the best writing holds out to you and to your reader.

Can you guys review my Triscuit?

Not sure you hit it? We’d love to read what you’ve got. Contact us for quick draft review and some direction for your final essay.

For those of you who are image-savvy– no, it’s not really a picture of a Triscuit above.  Sometimes you have to approximate– and anyway, the Triscuit was just the excuse for a topic.